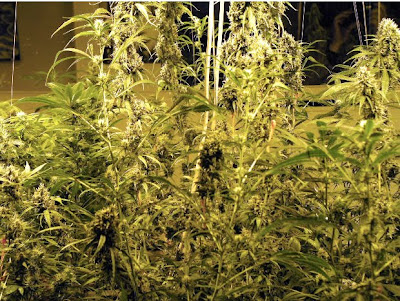 Glenn Greenwald @ Salon - The War on Drugs is the pernicious precursor to the War on Terror in so many ways, beginning with the relentless erosion of civil liberties; endless expansions of federal powers of detention, surveillance and militarized involvement in other countries; and a general pretext for remaining in an endless "war" posture. Anything that moves even a little bit towards abandoning the orthodoxies which sustain it should be applauded

Criminalizing cancer and AIDS patients for using a substance that is (a) prescribed by their doctors and (b) legal under the laws of their state has always been abominable. The Obama administration deserves major credit not only for ceasing this practice, but for memorializing it formally in writing. Just as is true for Jim Webb's brave crusade to radically revise the nation's criminal justice and drug laws, there is little political gain -- and some political risk -- in adopting a policy that can be depicted as "soft on drugs" or even "pro-marijuana." It's a change that has concrete benefits for many people who are sick and for those who provide them with treatments that benefit them. So credit where it's due to the Obama DOJ, for fulfilling a long-standing commitment on this issue.

Beyond the tangible benefits to patients and providers, there is the issue of states' right. Fourteen states have legalized medical marijuana, many by referendum. Read more.