"When we were children, we were told that we have a motherland, and that motherland was Spain. However, we have discovered later, in our lives, that as a matter of fact, we have several motherlands. And one of the greatest motherlands of all is no doubt, Africa. We love Africa. And every day we are much more aware of the roots we have in Africa... Racism is very characteristic of imperialism. Racism is very characteristic of capitalism. Katrina is—indeed, has a lot to do with racism–no doubt about it. Hate against me has a lot to do with racism. Because of my big mouth, because of my curly hair. And I’m so proud to have this mouth and this hair, because it’s African." 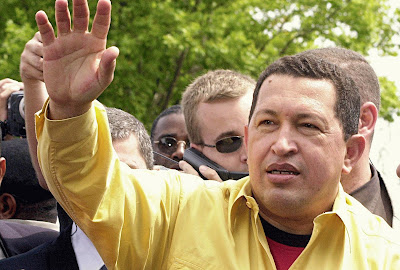 The term Afro-Latin American, as used in this article refers specifically to black African ancestry and not to European colonial or Afro-Arab ancestry, such as Arab Moroccan or white South African ancestry.[2] The term is not widely used in Latin America outside of academic circles. Normally Afro Latin Americans are called "black" (in Spanish negro, in Portuguese negro or preto). More commonly, when referring to cultural aspects of African origin within specific countries of Latin America, terms carry an Afro- prefix followed by the relevant nationality. Notable examples include Afro-Cuban (Spanish:Afro Cubano)[3] and Afro-Brazilian;[4] however, usage varies considerably from nation to nation.

The accuracy of statistics reporting on Afro-Latin Americans has been questioned, especially where they are derived from census reports in which the subjects choose their own designation, due to the fact that in all countries the concept of black ancestry is viewed with differing attitudes. Read more.