We Need To Know What Was Done In Our Name 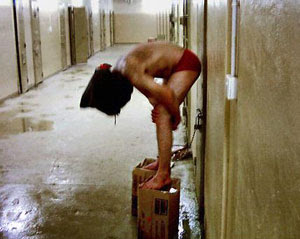 Truthdig - President Obama has made clear that “he thinks that we should be looking forward, not backward,” as spokesman Bill Burton said Monday. Obama has taken admirable steps toward assuring the nation and the world that the worst abuses—waterboarding, indefinite detention, Abu Ghraib—will not happen again.

I’m under no illusion that George W. Bush or Dick Cheney is actually going to be prosecuted by the Justice Department. But I want to know—and I believe the nation needs to know—the full, unvarnished truth of what they and others did in our name. It’s probable that painful scrutiny and lasting disgrace will be the only sanctions that Bush and Cheney ever face. But history demands at least that much. Read more.

September 27, 2022
Hospitals that rely on fuel-powered generators for electricity in Haiti’s capital have warned they could be forced to close, as a gang blockade on the main... read mor e.
Post a Comment
Read more

September 29, 2022
MacKenzie Scott, the novelist and billionaire philanthropist who was formerly married to the... read more .
Post a Comment
Read more