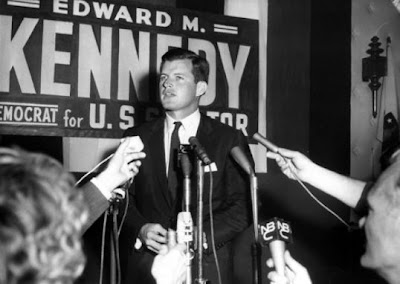 Allison Kilkenney -Ted Kennedy knew the importance of healthcare reform. While I frequently doubted some of his means (closed-door negotiations, invitations to insurance companies to be part of the “solution,” etc.,) I never doubted that he did want some kind of reform that would eventually lead to every American receiving affordable healthcare. In 1973, when Kennedy was first fighting in the Senate for universal coverage, he learned that his 12-year-old son,Teddy, had bone cancer.

His son (along with some other children) underwent experimental treatment at Children's Hospital Boston. When the trial was deemed a success and terminated, only families with insurance coverage could continue to receive the treatments. Kennedy described witnessing uninsured families beg the doctors for mercy. Read more.

Another excellent eulogy of Kennedy can found here at the Common Dreams website.