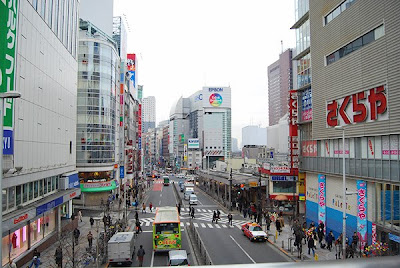 TOKYO — Japan's ruling party conceded a crushing defeat Sunday after 54 years of nearly unbroken rule as voters were poised to hand the opposition a landslide victory in nationwide elections, driven by economic anxiety and a powerful desire for change.

The left-of-center Democratic Party of Japan was set to win 300 or more of the 480 seats in the lower house of parliament, ousting the Liberal Democrats, who have governed Japan for all but 11 months since 1955, according to exit polls by all major Japanese TV networks.

"These results are very severe," Prime Minister Taro Aso said in a news conference at party headquarters, conceding his party was headed for a big loss. "There has been a deep dissatisfaction with our party." Read more.