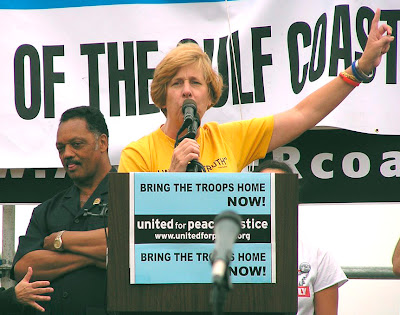 Truthout - "The reason I am here is because ... even though the facade has changed in Washington DC, the policies are still the same," Sheehan told a handful of journalists, against a backdrop of her "Camp Casey" banner.

She told US peace activists to wake up and protest Obama's escalation of the war in Afghanistan, and complained that despite the president's anti-war stance, US troops remained in Iraq.

"We have to realize, it is not the president who is power, it is not the party that is in power it is the system that stays the same, no matter who is in charge." Read more.