A Paradise Built in Hell: Rebecca Solnit on “The Extraordinary
Communities that Arise in Disaster” 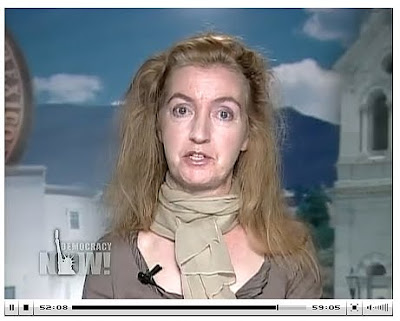 Democracy Now - We speak with author, historian and activist Rebecca Solnit about her latest book that examines Hurricane Katrina and other disasters. A Paradise Built in Hell: The Extraordinary Communities that Arise in Disaster chronicles both the crimes of the vigilantes and the powerful during Katrina, as well as the numerous instances of altruism, generosity and courage displayed by the vast majority of people who lived through this catastrophe.

***
The Nation - A segment on Anderson Cooper 360 investigates the white vigilante justice that tore through New Orleans after Hurricane Katrina in 2005. "Katrina's Hidden Race War", a cover story featured in The Nation, supported by the Investigative Fund at the The Nation Institute, and reported by A.C. Thompson (now a staff reporter at ProPublica), was the first to reveal how white residents of New Orleans shot at African-American men.