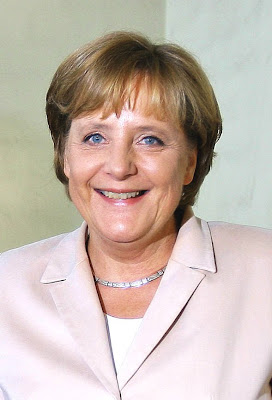 Christian Science Monitor - German Chancellor Angela Merkel's dull but durable strategy of "no-surprises, no-conflicts" earned her party the best possible outcome in German elections tonight – with voters enabling her to form a politically comfortable "center-right" coalition with the pro-business, tax-cutting Free Democratic Party (FDP), from which she can govern from a position of relative strength, despite evident polarization between right and left in Germany.

"We accomplished something amazing ... a sustainable majority ... for a new coalition ..., " said Merkel, adding: "I want to be the chancellor for all Germans ... at a moment of crisis."

The outcome marks the end of the "grand-coalition" between Merkel's conservative Christian Democratic Party and the left-leaning Social Democratic Party (SPD), which will leave the government of Europe's largest economy after 11 years. Read more.