The high-tech lynching of Van Jones 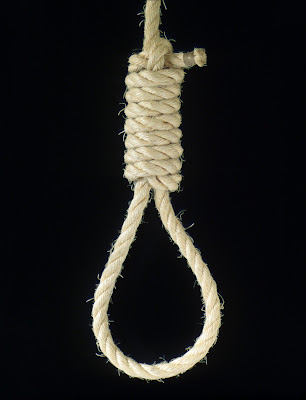 Brad Blog - Separate articles appeared in Monday's New York Times and in the Washington Post. Both suggest that the resignation submitted by Van Jones, a special adviser for green jobs at the White House Council for Environmental Quality, were the result of inadequate White House "vetting." Neither newspaper examined the question as to whether the true problem was the inability to withstand a smear campaign led by extreme right-wing whack jobs like Glenn Beck; an inability reflected by the Times' description of a "terse" acceptance of the resignation, with White House spokesman Robert Gibbs taking pains to stress that President Barack Obama "did not endorse" Jones' views.

The three Jones sins were his having uttered an expletive in referring to Republicans, his having "signed a petition in 2004 questioning whether the Bush administration had allowed the terrorist attacks of September 2001 to provide a pretext for war in the Middle East," and his support for Mumia Abu-Jamal ("Mumia")...

I won't dwell on the first except to state that although the use of vulgarity in political discourse is inappropriate, a single utterance, followed by an apology, in no way compels a resignation. The right-wing echo chamber conveniently forgets that their hero, former Vice President Richard B. Cheney, told a U.S. Senator "Go fuck yourself" on the floor of the U.S. Senate. And even George W. Bush famously pointed a NY Times reporter out to his then-running mate Dick Cheney, as a "major-league asshole".

Truth be told, you could probably count on one hand the number of Democrats and Independents who have not, at some point, at least thought of Cheney as a lying S.O.B., even if they have refrained from saying it. Read more.