Naomi Klein: For Obama, No Opportunity Too Big To Blow 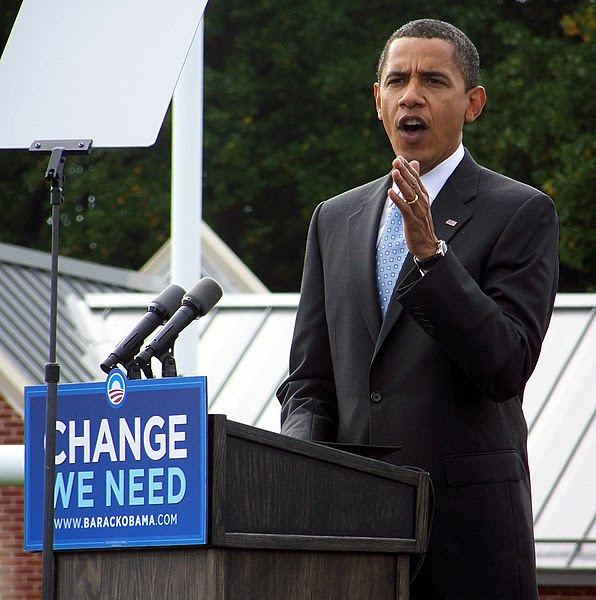 Naomi Klein for EnviroNation @ The Nation Magazine - Contrary to countless reports, the debacle in Copenhagen was not everyone's fault. It did not happen because human beings are incapable of agreeing, or are inherently self-destructive. Nor was it all was China's fault, or the fault of the hapless UN.

There's plenty of blame to go around, but there was one country that possessed unique power to change the game. It didn't use it. If Barack Obama had come to Copenhagen with a transformative and inspiring commitment to getting the U.S. economy off fossil fuels, all the other major emitters would have stepped up. The EU, Japan, China and India had all indicated that they were willing to increase their levels of commitment, but only if the U.S. took the lead. Instead of leading, Obama arrived with embarrassingly low targets and the heavy emitters of the world took their cue from him.

(The "deal" that was ultimately rammed through was nothing more than a grubby pact between the world's biggest emitters: I'll pretend that you are doing something about climate change if you pretend that I am too. Deal? Deal.). Read more.

November 24, 2021
Three German parties have reached a deal to form a new government that will end the era of longtime Chancellor Angela Merkel, according to Olaf Scholz, who is poised to replace her.  Read more.
Post a Comment
Read more

More than 30 dead after migrant boat sinks in English Channel

November 24, 2021
French President Emmanuel Macron vowed on Wednesday to "find those responsible" after more than 30 migrants drowned trying to make their way across the English Channel to Britain. French authorities said four people had been... read more .
Post a Comment
Read more

November 24, 2021
A jury on Wednesday found all three suspects guilty in the murder of Ahmaud Arbery, a 25-year-old Black man who was chased and shot while running in February 2020.  Read more .
Post a Comment
Read more