The Man Who Put the Rainbow in ‘The Wizard of Oz’ 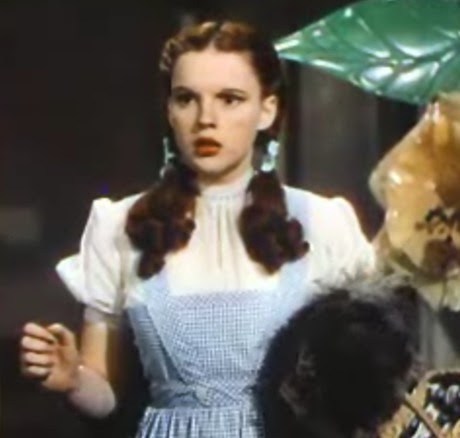 Amy Goodman @ TruthDig - Thanksgiving is around the corner, and families will be gathering to share a meal and, perhaps, enjoy another annual telecast of “The Wizard of Oz.” The 70-year-old film classic bears close watching this year, perhaps more than in any other, for the message woven into the lyrics, written during the Great Depression by Oscar-winning lyricist E.Y. “Yip” Harburg. There’s more to the Scarecrow and the Tin Man than meets the eye, and Harburg’s message has renewed resonance today in the midst of the greatest financial collapse since the Depression.

Harburg was deep in debt after the 1929 Wall Street crash. Gershwin suggested that Harburg write song lyrics. Before long, he wrote the song that captured the essence of the Great Depression, “Brother, Can You Spare a Dime?” Ernie said of the music industry then: “They only wanted love songs or escape songs, so that in 1929 you had ‘Happy Days Are Here Again.’ ... There wasn’t one song that addressed the Depression, in which we were all living.”

“Brother, Can You Spare a Dime?” became a national hit and remains a kind of anthem for hard times, corporate greed and the dignity of working people:

Once I built a railroad, I made it run, made it race against time.

Once I built a railroad; now it’s done. Brother, can you spare a dime?

In the 1930s, Harburg became the lyricist for “The Wizard of Oz.” He also added the rainbow to the story, which doesn’t appear in L. Frank Baum’s original 1900 book, “The Wonderful Wizard of Oz.” This led Harburg to write the famous song “Over the Rainbow,” sung by the then-unknown Judy Garland. Read more.

July 28, 2021
New York will require state employees to be vaccinated against COVID-19 or get tested weekly, a mandate that will go into... read more .
Post a Comment
Read more

Google to require workers be vaccinated if returning to campus

July 28, 2021
Google is requiring workers to be fully vaccinated against the coronavirus if they are returning to work on the company’s campuses.  Read more .
Post a Comment
Read more