With a sustainable vision and a thing for dumpster diving, Bronx son Omar Freilla is leading his city's rebirth. By Robert Sullivan 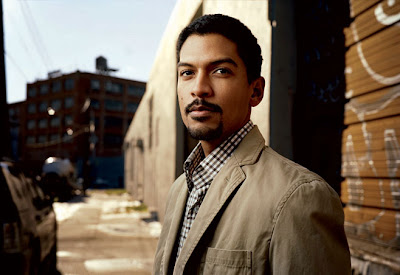 Mens' Vogue: You could go looking for an environmental activist somewhere out in the pristine wilderness, maybe living in an old tree he's trying to save. In the case of Omar Freilla, executive director of Green Worker Cooperatives, you head to the South Bronx, a place better known as the pristine wilderness's polar opposite. When it was being burnt to the ground in the seventies, the South Bronx was Exhibit A in the death of cities. Lately, however, it has become proof of the rebirth of cities: The fields of once smoldering rubble are now raising luxury condos, and there is even a hip acronym, SoBro.

"Lively, diverse, intense cities," the late urban scholar Jane Jacobs wrote, "contain the seeds of their own regeneration, with energy enough to carry over for problems and needs outside themselves." Freilla, tall and thin, and with a wide glowing smile that could charm the coyotes that have been showing up in the Bronx's northern reaches, is one of those seeds. "This is where I am from," the 34-year-old said recently while working in an abandoned manufacturing building in the Hunts Point neighborhood. "I'm not from the Grand Canyon. I'm from the Bronx. I think our first duty is to the place that raised us."

Bronx–born Freilla hasn't spent every moment of his life in that borough, just most of them. His family emigrated from the Dominican Republic, and he grew up near the Cross Bronx Expressway, in the Morrisania and Mount Eden neighborhoods. His first job was at a bodega, for $25 a week. "I did everything," he remembers. "I worked the cash register. I sold lottery tickets." Freilla, who has a master's degree in environmental science, has written and performed poetry, played drums in a Dominican-Haitian folk band, and been singled out as a connoisseur of dumpster diving — he and his wife, Gia, restored a house in the Bronx using mostly found materials. In 2000, City Limits magazine named him one of New York's 12 "savviest activists." Read More.