The Concience of FDR's New Deal

***
"I came to Washington to work for God, FDR, and the millions of forgotten, plain common workingmen."
*** 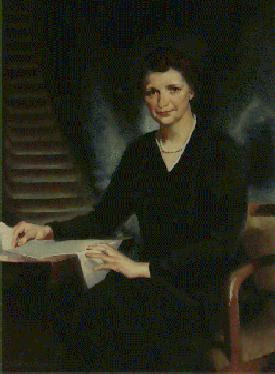 Frances Perkins was born on April 10, 1882 in Boston, Massachusetts. She graduated from Mount Holyoke College in 1902, and Columbia University in 1910 with a master's degree in sociology. In 1910 she became head of the New York Consumer's League, lobbying for better working hours and conditions. In 1933, Franklin Roosevelt appointed Ms. Perkins as his Secretary of Labor, a position she held for twelve years, longer than any other Secretary of Labor and making her the first woman to hold a cabinet position in the United States.