by Matthew Rothschild @ The Progressive 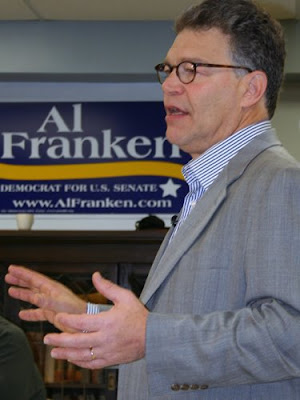 Thanks for taking down the pestiferous Norm Coleman, who had usurped the seat of Paul Wellstone and who had refused to give it up for way too long.

And take that, Bill O’Reilly, the big bully who trashed Franken at every opportunity, and then some.

Franken is also to be praised for his pioneering work in progressive talk radio, having launched Air America when many, like O’Reilly, said it couldn’t be done.

Now that Franken is soon to be sworn in as Senator, that leaves the Democrats with the magic number of 60—a filibuster-proof majority. Read more.