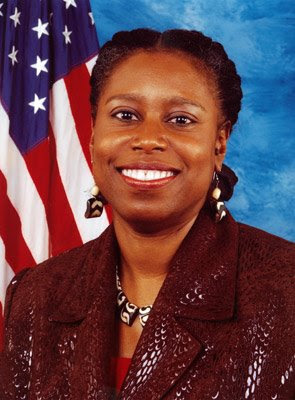 - Cynthia McKinney -
Max Eternity - Former 6-term congresswoman from Georgia and 2008 Green Party presidential candidate Cynthia McKinney, is demanding the immediate release of her and 20 other activists., who have been taken captive by Israel. McKinney, who was featured in the 2006 documentary "American Blackout," said her Greek-flagged boat, the Spirit of Humanity, was carrying medical supplies, cement, olive trees and children's toys to Gaza when it was hijacked by the Israeli navy.

"This is an outrageous violation of international law against us," said McKinney. "Our boat was not in Israeli waters and we were on a human rights mission to the Gaza Strip. President Obama just told Israel to let in humanitarian and reconstruction supplies, and that's exactly what we tried to do."