Lavena Johnson Was Raped and Murdered: The Army Covered It Up

Lavena Johnson died a horrific death at the hands of her fellow soldiers -- and then the Army called it a suicide. 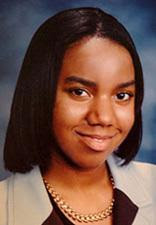 AlterNet - The Jamie Leigh Jones-Halliburton rape case was horrific, but what happened to PFC Lavena Johnson in Iraq in 2005 was many orders of magnitudes worse.

The parents of the young Missouri woman were told that she died of self-inflicted gunshot wounds, and her death was ruled a suicide. But her physician father became suspicious after looking at injuries to the body: Read more.