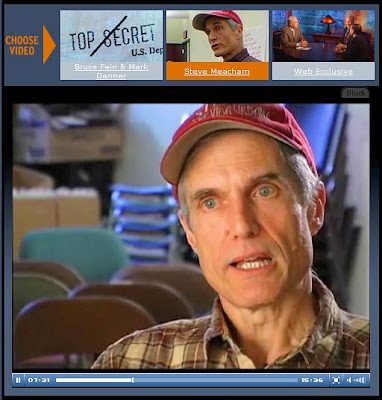 BILL MOYERS: As demand grows for the Obama administration and Congress to publish the real story behind the torture of detainees -- and to hold accountable the officials responsible -- so, too, has public pressure been building to hold the banks accountable for their role in the collapse of our financial system.

That's proving difficult, and here's one reason why. Just this week, the number two democratic leader in the Senate made an extraordinary confession. Senator Durbin of Illinois has been battling for bankruptcy reform, but many banks don't want reform, and they're pushing back against meaningful change -- especially change that might help homeowners in danger of foreclosure.

On Monday an exasperated Senator Durbin told an interviewer that although, quote, "We're facing a banking crisis that many of the banks created, the banks are still the most powerful lobby on Capitol Hill, and they frankly own the place."Let me repeat that: one of the Senate's own leaders says the banks own the place. And just yesterday, as if to prove Durbin's point, bankers killed the Senate's latest effort to staunch that wave of foreclosures, squashing a measure Durbin says would help one million seven hundred thousand Americans save their homes.

So what are regular folks to do? Well, some are picking themselves up and fighting back in one of the few forums left to them: the streets. Read more.