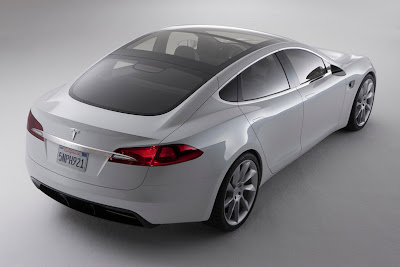 Mr. Musk, in introducing the Model S, said the first cars would be delivered to customers in the third quarter of 2011. The company said it would build the car in Southern California, but would not say where.

Three different power configurations will be available, Mr. Musk said, “160-mile, 230-mile and 300-mile battery packs.” The 160-mile pack comes standard on the $57,400 base model (a federal tax credit can shave $7,500 from the price). He declined to provide pricing for the longer-range battery packs, but said they could be rented or leased “if you wanted to go on a long trip, or something.” Battery packs have a projected life expectancy of seven to 10 years and can be easily changed or swapped, he added. Read more.