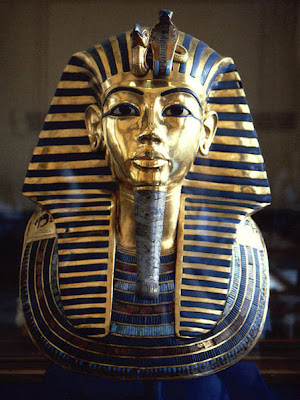 With Black History Month just ending in America, it still remains a mystery as to why mainstream Anglo-European scholars continue to deny the negro ancestry of Ancient Egypt, when its fact that the all the nations surrounding Egypt -- Eritrea, Lybia, Ethiopia, Somalia, etc. -- consist of Negros -- Africans -- Black people. And while Europeans, Asians and "white" Arabs arrived later -- after the fact -- centuries upon centuries later -- AFTER the reign of the greatest Pharaohs -- when looking at the remains, art and artifacts, there's simply no denying what one's eyes behold. Just look at the images above and below and then try to imagine that King Tut and his sister were Indian, Caucasian, Polynesian, Euro-Arab or Asian. Not likely -- highly improbably. Face it -- deal with it -- these were Negros. Plain and simple, these were people primarily of Negro bloodlines. These were Africans. They were Black!

- All images courtesy of Wikipedia - 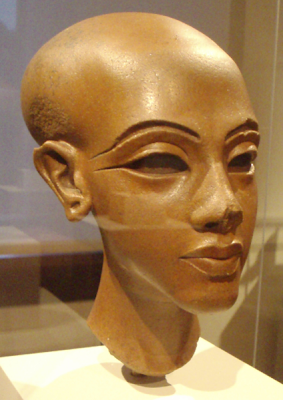 Still, in spite of an incalcuable amount of staggering, redundant date, a full-scale campaign of misinformation and "educational" propaganda persists -- coming from the highest levels of government in all Western civilization -- that the ethnic identity of and Ancient Egyptians is murky, questionable, a "mix", unknown or altogether irrelevant. With the celebrated periodical National Geographic being one of the primary publications of culpability. See cover image below where Tut appears to be a bizarre ethinic mix of East-European, Mediterranean and Indo-Polynesian; the magazine going to extraordinary lengths to attempt to portray the legendary Phaoro as anything...ANYTHING but Black. 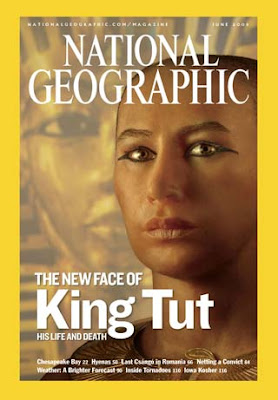