When Puppets Fight Back 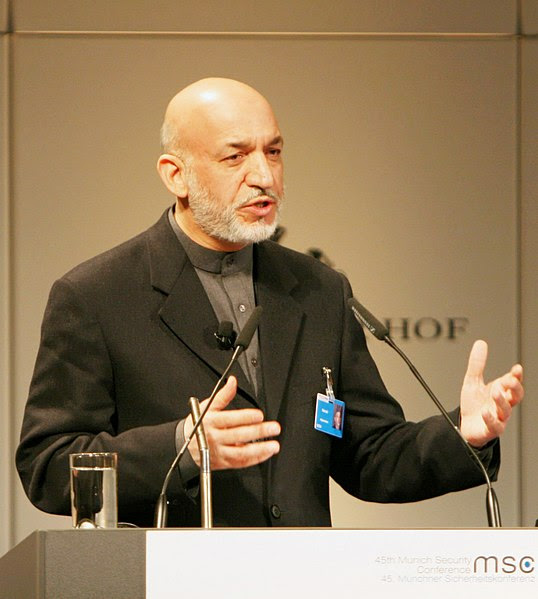 President Hamid Karzi of Afghanistan (photo: Wikipedia)
Common Dreams - Afghan President Hamid Karzai, a former consultant for UNOCAL oil company was installed by the US as the President of Afghanistan after our invasion and occupation of that country. Now he complains that US and NATO troops are invaders of Afghanistan and this is drawing a furious reaction from the Obama administration and the mainstream media. His outburst deserves a closer look at what led up to this furor in Afghanistan as Karzai turns on his US puppeteer.
Karzai denounced those in the Washington and the media who have criticized the corruption and incompetence of his regime with what could be a very true complaint, "They wanted to have a puppet government. They wanted a servant government." Read more.

September 16, 2021
The Italian government approved on Thursday some of the strictest anti-COVID measures in the world,making it obligatory for all workers either to show proof of vaccination, a negative test or recent recovery... read more .
Post a Comment
Read more