January 20, 2010
Medea Benjamin @ Common Dreams - Your administration and your party are in trouble. That is clear from the elections in Massachusetts and Virginia, from the drop in your approval rating, from the rise of conservative opposition groups. 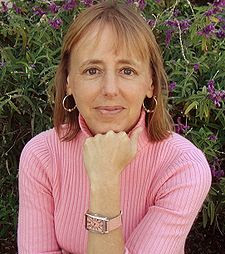 This is a time when progressive forces in this country need to mobilize to prevent a backlash that will take this country further to the right. But progressives are disappointed and demoralized. Look at me.
In 2008, I was one of millions united for hope and change. As 2010 dawns, "change" looks to me like more of the same. Instead of peace, we got more war. Instead of healthcare reform, we have an industry win that requires Americans to buy health insurance without any real cost controls. On the environment, one of your top
priorities, you came back from Copenhagen with yet another non-binding resolution and more clean coal, to boot. Instead of helping struggling homeowners and small businesses during the financial crisis, bank executives were rewarded and we have yet to see reform. Wall Street firms ended 2009 with record bonus and profits while unemployment remains in double digits. Read more.

September 21, 2021
The board of trustees of the Mississippi Institutions of Higher Learning has voted to ban public universities from mandating the COVID-19 vaccine.  Read more .
Post a Comment
Read more

September 18, 2021
French Ambassador to Australia Jean-Pierre Thébault publicly chided Australia on Saturday for canceling a multibillion-euro submarine contract with Paris after striking up a strategic partnership with the U.S. and the U.K.  Read more .
Post a Comment
Read more