Just A Cause, Not A War by Howard Zinn 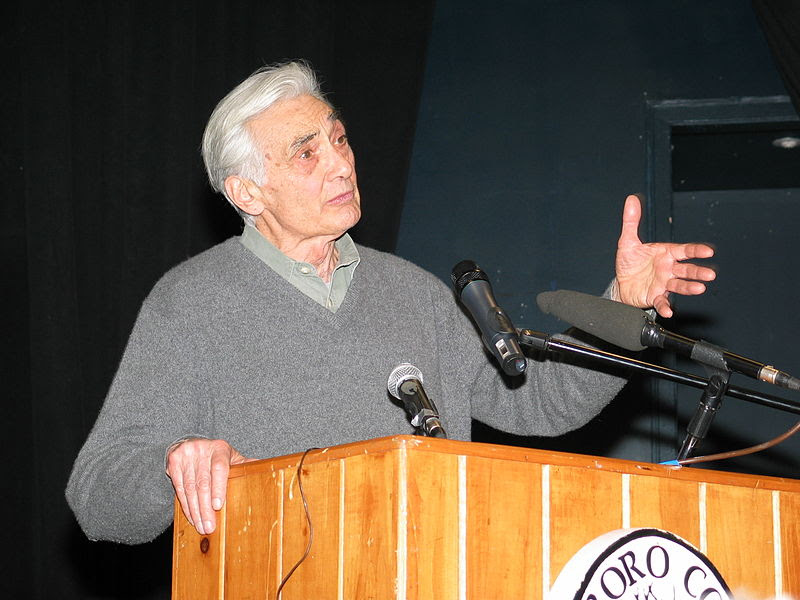 Just A Cause, Not A War
It Seems to Me by Howard Zinn
The Progressive: December 2001 Issue
A Just Cause, Not a Just War
I believe two moral judgments can be made about the present "war": The September 11 attack constitutes a crime against humanity and cannot be justified, and the bombing of Afghanistan is also a crime, which cannot be justified.
And yet, voices across the political spectrum, including many on the left, have described this as a "just war." One longtime advocate of peace, Richard Falk, wrote in The Nation that this is "the first truly just war since World War II." Robert Kuttner, another consistent supporter of social justice, declared in The American Prospect that only people on the extreme left could believe this is not a just war.
I have puzzled over this. How can a war be truly just when it involves the daily killing of civilians, when it causes hundreds of thousands of men, women, and children to leave their homes to escape the bombs, when it may not find those who planned the September 11 attacks, and when it will multiply the ranks of people who are angry enough at this country to become terrorists themselves?
This war amounts to a gross violation of human rights, and it will produce the exact opposite of what is wanted: It will not end terrorism; it will proliferate terrorism.
I believe that the progressive supporters of the war have confused a "just cause" with a "just war." There are unjust causes, such as the attempt of the United States to establish its power in Vietnam, or to dominate Panama or Grenada, or to subvert the government of Nicaragua. And a cause may be just--getting North Korea to withdraw from South Korea, getting Saddam Hussein to withdraw from Kuwait, or ending terrorism--but it does not follow that going to war on behalf of that cause, with the inevitable mayhem that follows, is just. Read more.

June 11, 2021
A Republican politician who on Thursday became the first representative ever expelled from the Oregon state house said the people he covertly let into the state capitol in... read more .
Post a Comment
Read more