Glenn Greenwald @ Salon.com - After President Obama announced last week that he opposes prosecutions of CIA officials who tortured detainees in reliance on OLC memos purporting to legalize that conduct (a decision which is not Obama's to make), the United Nations Special Rapporteur on Torture, Manfred Nowak, announced that Obama's policy of immunizing CIA torturers violates international law and, specifically, the clear obligations of the U.S. under the Convention Against Torture (signed by Ronald Reagan in 1988). Read more. 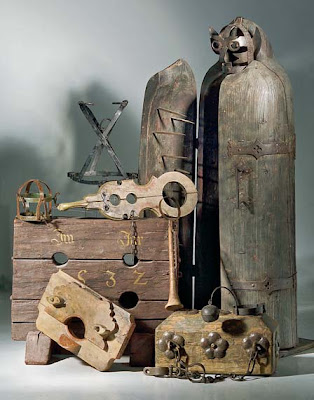 Glenn Greenwald @ Salon.com - For years, media stars ignored the fact that our Government was chronically breaking the law and systematically torturing detainees (look at this extremely detailed exposé by The Washington Post's Dana Priest and Barton Gellman from December, 2002 to get a sense for how much we've known about all of this and for how long we've known it). Now that the sheer criminality of this conduct, really for the first time, has exploded into mainstream political debates as a result of the OLC memos, media stars are forced to address it. Exactly as one would expect, they are closing ranks, demanding (as always) that their big powerful political-official-friends and their elite institutions not be subject to the dirty instruments that are meant only for the masses -- things like the rule of law, investigations, prosecutions, and accountability when they abuse their power. Read More.

The People Must Create a New Americas

July 01, 2022
When I was in my early 20s and naïve, and I would lament petty things to my mother, she would say, "Why don't you go back and live in Iran for two years, and then let me hear you complain." It was her attempt to... read more .
Post a Comment
Read more