September 17, 2009
African-Americans will ask you, ‘What do polar bears and hybrid cars have to do with my situation?’ 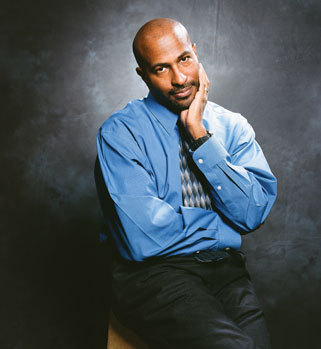 GOOD Magazine - The power of a solution that bridges economic and environmental development, explains Jones, is that it has the potential to unite traditionally disparate factions of the progressive movement. “For at least a generation, activists of all constituencies have believed they could fix their problems on their own,” he says. “But separatism won’t work. On the environmental side, you’ll end up leaving so many people out that they’ll be undoing all the good and undermining your efforts.” On the social-justice side, says Jones, boosting wages with the same old dirty jobs inevitably ends up hurting the poor, accelerating problems like cancer and asthma.

Jones grew up in rural west Tennessee and attended Yale Law School before settling in Oakland. He has spent as much time among Prius drivers as he has among those who ride the bus (and his fellow bus-riders were not there because public transportation limits carbon emissions). That’s given him a certain amount of credibility in making his case. “Among African-Americans, you have many who will ask you, ‘What do polar bears and hybrid cars have to do with my situation?’” says Jones. “And then, mainstream environmentalists will say, ‘What do prisons and failing schools have to do with the environment?’” Jones says he tries to point out ways they’re very closely related. “We talk about ‘disposability’—the idea that we have throw-away species and throw-away resources. We also think that we have throw-away children and throw-away neighborhoods.” Read more.