In year one, is Obama already headed for lame-duck status? 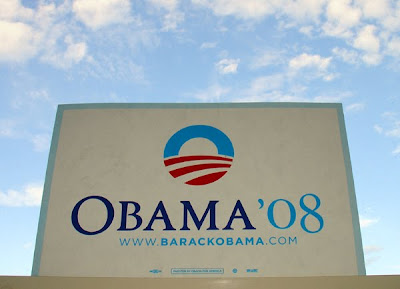 From Paul Krugman to Glenn Greenwald to Arianna Huffington to Bob Herbert and Bill Moyers, mainstream journalists are sounding the alarm that President Obama has veered off course. They site a number or reasons, the least of which includes the handling of the financial crisis, government secrecy, domestic spying and gay rights legislation. But most of all, the issue that seems to be striking at the heart of the mounting discontent is President Obama's failure to stand firm on his commitment to providing medicare-styled healthcare for all.

On the way to the White House, Barak Obama won the hearts and minds of liberals and conservatives alike. But the engine at the core of the Obama election machine was unmistakably driven by the progressives who rallied behind his call for "change." Now in what many say is a rapid slide to the right, embracing many of Bush's failed policies, more than a few loyal supporters now find themselves grumbling in discontent.

Yesterday John Zogby, the noted pollster, published a poll that indicated Obama's waning support amongst Democrats. And today, both the Congressional Black Caucus and the Congressional Progressive Caucus, wrote in separate letters addressed to the President, indicating that without a robust public option to be included in healthcare reform, their support would be withdrawn.

For President Obama, it's a day of reckoning on Capitol Hill, and this is to say nothing of the rift that's building over his escalation of war in Afghanistan; an occupying war which Chris Hedges recently dubbed "Obama's Forever War".

In many respects, of his own doing, President Obama now faces a compendium of enormous challenges, any of which might sink him just the same.