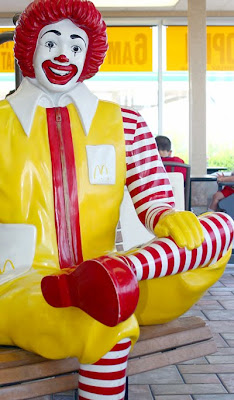 Common Dreams - Food activist Michael Pollan, author of "In Defense of Food," has called America's dietary habits the "elephant in the room" in the debate over healthcare.

"But so far, food system reform has not figured in the national conversation about health care reform. And so the government is poised to go on encouraging America's fast-food diet with its farm policies even as it takes on added responsibilities for covering the medical costs of that diet," Pollan argued in a recent New York Times opinion piece.

Health experts say spiraling health costs are caused in part by maladies that could be prevented by healthier diets.

"Today, chronic diseases such as cardiovascular disease (primarily heart disease and stroke), cancer, and diabetes are among the most prevalent, costly, and preventable of all health problems," the Centers for Disease Control and Prevention says on its website. Read more.