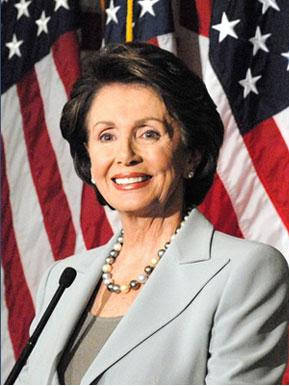 Politico - As the White House signals that it is willing to move forward on a health reform plan without a public option, House Speaker Nancy Pelosi (D-Calif.) sent a strong message Thursday evening: not so fast.

In her strongest statement yet, Pelosi said that any bill "without a strong public option will not pass the House":

“Any real change requires the inclusion of a strong public option to promote competition and bring down costs,” Pelosi said. “If a vigorous public option is not included, it would be a major victory for the health insurance industry.”

Pelosi’s remarks come less than one week before President Barack Obama delivers an address to a joint session of Congress as part of a re-launched campaign effort to sell his health care reform bill to both lawmakers and the public. White House aides have said the president will use the speech to offer more detail than he has so far about what sort of bill he'd like to reach his desk.

“President Obama has said that a public option will keep the insurance companies honest. If someone has a better idea for promoting competition and reducing health care costs, they should put it on the table,” Pelosi said. “But for the past month, opponents of health insurance reform have demonstrated that they are afraid of the facts. They have only offered distortions, distractions and misrepresentations to try to kill this historic legislation. Read more.