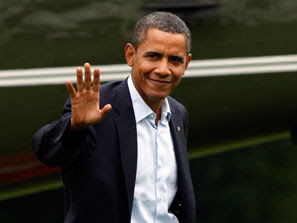 One of President Barack Obama’s former top campaign advisers is “losing patience” with the White House, he told POLITICO Tuesday morning, as frustrations among the president’s liberal allies crest over issues from health care legislation to gay rights.

“I am one of the millions of frustrated Americans who want to see Washington do more than it's doing right now,” said Steve Hildebrand, the deputy campaign manager who oversaw the Obama campaign’s field organization and was an architect of his early, crucial victories over Sen. Hillary Clinton in Iowa and South Carolina.

Obama, he said, “needs to be more bold in his leadership.”

“I’m not going to just sit by the curb and let these folks get away with a lack of performance for the American people,” he said, speaking of Washington’s Democratic leadership as a whole. “I want change just as much as a majority of Americans do, and I’m one of the many Americans who are losing patience.” Read more.