April 26, 2009
***
Today I sketched the preliminary plans for a large country house which will be erected in one of the most beautiful residential districts in the world. Sometimes I have dreamed of living there. I could afford such a home. But this evening I returned to my own small -- inexpensive -- home, in a comparatively undesirable section of Los Angeles. Dreams cannot alter facts; I know I must always live in that locality, or in another like it. Because . . . I am a Negro. 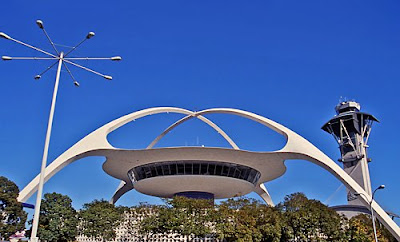 friendsoftcc.com - Paul R. Williams was the first African American member of the American Institute of Architects (AIA). In 1939, he was awarded the AIA Award of Merit for his design of the MCA Building in Beverly Hills. In 1951, Williams won the Omega Psi Phi Man of the Year award, and shortly after that, in 1953, he received the Springarn Medal from the NAACP for his outstanding contributions as an architect. In 1957 he became the first African American to be voted an AIA Fellow. Williams also received honorary doctorates from Howard University, Lincoln University, and the Tuskegee Institute. Paul R. Williams designed hundreds of private homes, most of which were in the Hollywood Hills and the Mid-Wilshire portion of Los Angeles. His most famous homes were for Hollywood celebrities. Modern interpretations of Tudor-revival, French Chateau, Regency, and Mediterranean were all within his vernacular. Read more.

LA Times - There's exclusive, and then there's Fremont Place. Over the last century, the L.A. neighborhood has been home to King C. Gillette (of razor fame), the Ahmansons, the Chandlers, the Dohenys, the Van Nuys family, Bank of America founder A.P. Giannini and Muhammad Ali. The guard-gated enclave is known for its classic architecture. No. 68 Fremont Place was the brainchild of then architect-to-the-stars Paul Williams, who designed or contributed to such well-known structures as the Beverly Hills Hotel, Saks Fifth Avenue in Beverly Hills, the Los Angeles County Courthouse and the Hollywood YMCA. His client list included Lucille Ball, Frank Sinatra and Barbara Stanwyck. Read more. 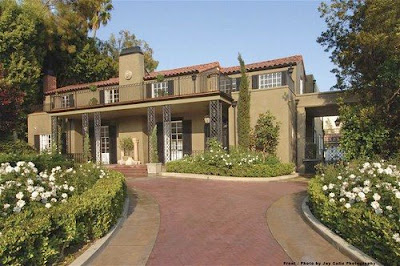 January 19, 2020
In his first Friday sermon delivery since 2012, Iran's Supreme Leader Ayatollah Ali Khamenei has defended the Islamic Revolutionary Guard Corps (IRGC) amid a growing backlash after it mistakenly shot down a Ukrainian passenger...read more.
Post a Comment
Read more

The public appetite for whale meat is fading

January 21, 2020
One of the most important global conservation events of the past year was something that didn’t happen. For the first time since 2002, Iceland – one of just three countries that still allow...read more.
Post a Comment
Read more