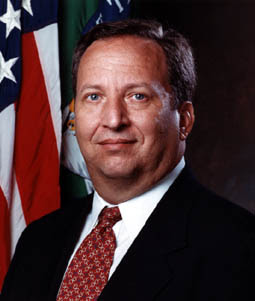 Living Large and in Charge

Truthdig - Not surprisingly, Lawrence Summers is convinced that he deserved every penny of the $8 million that Wall Street firms paid him last year. And why shouldn’t he be cut in on the loot from the loopholes in the toxic derivatives market that he pushed into law when he was Bill Clinton’s treasury secretary? No one has been more persistently effective in paving the way for the financial swindles that enriched the titans of finance while impoverishing the rest of the world than the man who is now the top economic adviser to President Obama. Read more.