Prince on Tavis Smiley Show: "I Was Born Epileptic" 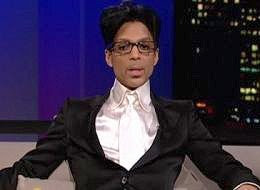 "I've never spoken about this before, but I was born epileptic, and I used to have seizures when I was young," he told Smiley. "My mother and father didn't know what to do or how to handle it but they did the best they could with what little they had."

Prince continued, telling Smiley about how grateful he is today as he looks back on his emotional childhood...read more.