John Hari @ The Huffington Post - Pirates were the first people to rebel against this world. They mutinied against their tyrannical captains - and created a different way of working on the seas. Once they had a ship, the pirates elected their captains, and made all their decisions collectively. They shared their bounty out in what Rediker calls "one of the most egalitarian plans for the disposition of resources to be found anywhere in the eighteenth century." They even took in escaped African slaves and lived with them as equals. The pirates showed "quite clearly - and subversively - that ships did not have to be run in the brutal and oppressive ways of the merchant service and the Royal navy." This is why they were popular, despite being unproductive thieves. Read more. 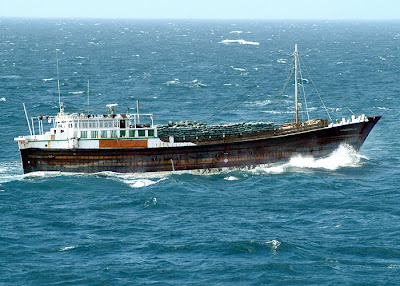 In Defense of Pirates

Allison Kilkenny - If I’m to believe the mainstream press and pundits (most disappointingly, Rachel Maddow,) there are bands of inexplicably evil men sailing around the Horn of Africa, pillaging ships and terrorizing sailors simply because they are pirates. And pirates are evil. End of story.

Except, that’s a rather shallow interpretation of what’s happening in the Somalian waters. Acts of piracy are acts of desperation, and not the acts of evil men. Of course, terrorizing civilians is never acceptable, though I would like to point out my own government is guilty of crimes against humanity that far exceed any acts of Somalian piracy.

In his excellent article, Johann Hari writes of a fascinating exchange between Alexander the Great and a pirate. The pirate was captured and brought before Alexander. Read more.