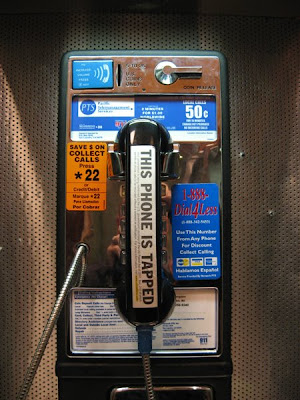 Common Dreams - Following up on the latest extremist Cheney/Addington/Yoo arguments advanced by the Obama DOJ in order to shield Bush lawbreaking from disclosure and judicial review -- an episode I wrote about in detail yesterday, here -- it's worthwhile to underscore the implications of Barack Obama's conduct. When Obama sought to placate his angry supporters after he voted for the Bush/Cheney FISA-telecom immunity bill last June (after vowing the prior December to support a filibuster of any such legislation), this is what he said (h/t notavailable):

[The FISA bill] also firmly re-establishes basic judicial oversight over all domestic surveillance in the future. It does, however, grant retroactive immunity, and I will work in the Senate to remove this provision so that we can seek full accountability for past offenses.

So candidate Obama unambiguously vowed to his supporters that he would work to ensure "full accountability" for "past offenses" in surveillance lawbreaking. President Obama, however, has now become the prime impediment to precisely that accountability, repeatedly engaging in extraordinary legal maneuvers to ensure that "past offenses" -- both in the surveillance and torture/rendition realm -- remain secret and forever immunized from judicial review. Put another way, Obama has repeatedly done the exact opposite of what he vowed he would do: rather than "seek full accountability for past offenses," he has been working feverishly to block such accountability, by embracing the same radical Bush/Cheney views and rhetoric regarding presidential secrecy powers that caused so much controversy and anger for the last several years. Read more.