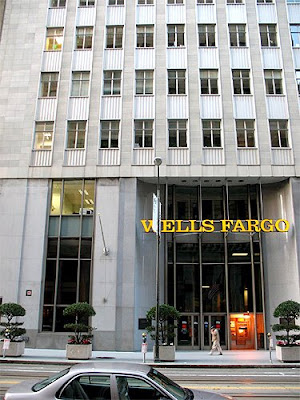 “They referred to subprime loans made in minority communities as ghetto loans and minority customers as ‘those people have bad credit’, ‘those people don’t pay their bills’ and ‘mud people.’

New York Times - As she describes it, Beth Jacobson and her fellow loan officers at Wells Fargo Bank “rode the stagecoach from hell” for a decade, systematically singling out blacks in Baltimore and suburban Maryland for high-interest subprime mortgages.

These loans, Baltimore officials have claimed in a federal lawsuit against Wells Fargo, tipped hundreds of homeowners into foreclosure and cost the city tens of millions of dollars in taxes and city services.

Wells Fargo, Ms. Jacobson said in an interview, saw the black community as fertile ground for subprime mortgages, as working-class blacks were hungry to be a part of the nation’s home-owning mania. Loan officers, she said, pushed customers who could have qualified for prime loans into subprime mortgages. Another loan officer stated in an affidavit filed last week that employees had referred to blacks as “mud people” and to subprime lending as “ghetto loans.”

“We just went right after them,” said Ms. Jacobson, who is white and said she was once the bank’s top-producing subprime loan officer nationally. “Wells Fargo mortgage had an emerging-markets unit that specifically targeted black churches, because it figured church leaders had a lot of influence and could convince congregants to take out subprime loans.” Read more.