Since 2007 C.I.A. has planned to destabilize Iran 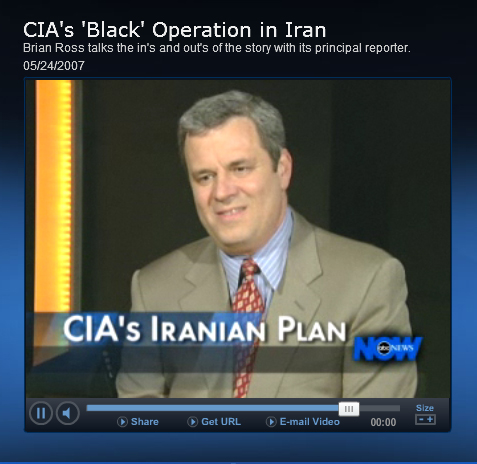 Max Eternity - Two years ago Brian Ross of ABC broke a story about the U.S. Government's C.I.A. plan to destabilize the soveriegn nation of Iran. It was a plan designed to take a propagandist approach to flooding the media with mis-information, while also attacking the country's currency.

The United States has a very long and sorted history of interfering with Middle Eastern affairs, in places like Iraq, Afghanistan, Syria, Iran and Palestine. In an imperial quest exercised over the last 8 years, the U.S. has spent over $1,000,000,000,000.00 occupying Iraq. Now it seems we've grown restless, and are looking for new red meat.

All eyes on Iran.

A week ago, an election was held in Iran, which found the American supported candidate losing. Now interestingly, the nation has become destabilized, with a mis-informed American public, Obama and Bush supporters alike, acting out what the C.I.A. had mapped out since 2007. For Western imperialists interest, the timing couldn't be better, because with the airwaves flooded with IRAN, IRAN, IRAN, the misery of existing reckless American policies are being put to the backburner.

In 2000 and 2004 the U.S. experienced fraudulent presidential elections, and nothing was done about it. Now a less than perfect, but perfectly legitimate election takes place in a Middle East country that's coincidentally flush with oil, and suddenly it's time for "democracy" in Iran.